After on-site shredding, bales are then transported to paper mills within the UK for recycling. Lowe Brothers will ensure that all Paper and Cardboard collected will be taken to a member of the Recycling Association (formerly IWPPA) for recycling.

The IWPPA is the trade association for independent waste paper processors and their equipment suppliers. The association was formed by a group of privately owned waste paper merchants in 1975 to promote and widen the use of recyclable papers both within the UK and for export.

Through its trading company, Independent Waste Paper Producers Limited, the membership of IWPPA has developed long term contracts with some of the major paper board and tissue mills within the UK.

Over 1 million tonnes of processed material is produced each year by members of the Association. This feedstock for paper mills saves valuable natural resources that would otherwise go to landfill and makes a substantial contribution to the United Kingdom’s balance of payments. 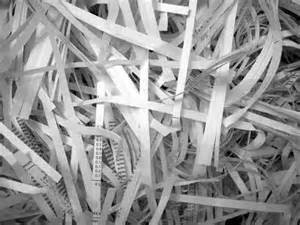